The safety razor vs cartridge razor comparison is one of the most popular and discussed topics in the world of shaving as both types of razors have a lot of different positives and unique characteristics. You have likely heard a lot of opinions on the subject but, hopefully, we’ll be able to shed some light on the whole debate for you and point you in the right direction for your particular needs and preferences.

So, what’s the difference between these two razor types? Are safety razors better or are cartridge razors the way to go?

What are safety razors? 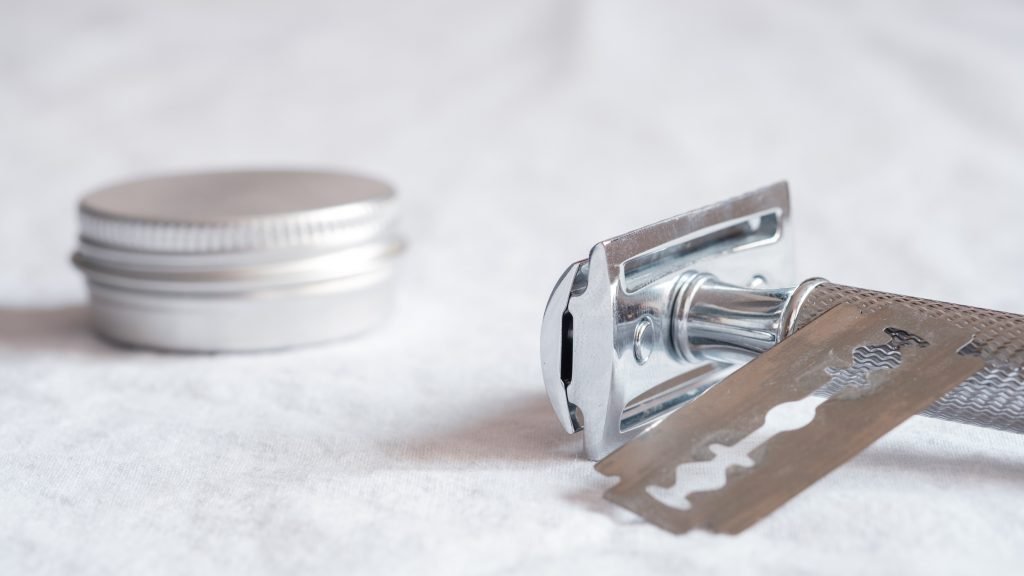 Instead, safety razors are the old-fashioned razor handles that can house rectangular double-edged razor blades. The razor blades are inserted inside the razor’s head and can safely be used with little to no risk for your skin thanks to the protective guard on the razor’s head.

It is worth noting, however, that the protective guard on safety razors doesn’t guarantee 100% safety – it’s still very much possible to cut yourself with them if you’re not careful. In fact, ironically, a good shaving cartridge razor will, generally, be safer than a safety razor. The reason safety razors are called this way is that, at the time of their inception, they were the only alternative to straight razors and they are safer than those.

Still, this isn’t to say that safety razors are “hazardous” in any way – their protective guard does offer a lot of protection and if you get used to the razor and how it should be handled, you should have no trouble using it.

What are cartridge razors?

Cartridge razors are the standard and disposable razors everyone nowadays knows and uses. They include several small and one-sided razor blades arranged one over the other with a thing guard above them. They are generally easy and safe to use, and they are also pretty cheap. These two reasons are more or less why they are so popular today. If you’re looking for something to use for a quick and easy shave, every convenience store out there sells cartridge razors. So, which is better?

To put the double edge razor vs cartridge razor debate to an end, our answer is that safety razors are categorically better in every metric that matters. For one, they give better, smoother, and closer shaves, which, at the end of the day, is the purpose of a razor. You may not want a perfectly close shave and that’s a fairly fashionable choice these days, but let’s not try and fool ourselves by claiming that cartridge razors’ poorer shaving capabilities are somehow a “strength” and a “positive”.

And then, there’s the economics of the matter – buying a whole new safety razor is not a cheap endeavor, yes, but it’s a once in a lifetime investment. When maintained well enough, a safety razor can last literally decades. And since safety razor blades both last longer and are cheaper to buy than disposable cartridge razors, they will soften the impact on your wallet very quickly and very drastically. Simply put, switching to a safety razor can save you over a thousand bucks over time, depending on how often you shave.

And then, there all the other factors that we touched on such as the memorabilia factor in favor of safety razors, the environmental argument, and so on.