How to Sharpen Hair Cutting Scissors at Home

How to Sharpen Hair Cutting Scissors at Home

If you like to cut hair, chances are that you’ll need to know how to sharpen hair scissors. It doesn’t matter if you cut your own hair, are an amateur hairdresser, or if you are an actual professional hairdresser. Most people go their entire lives without sharpening their scissors once. That’s completely fine most of the time – if you aren’t really using them. You can also get away with sharpening items like garden scissors or kitchen scissors very rarely, unless you’re using them very often, of course.

Sharpening your hair shears is important, however. This is especially true if you want to achieve good (or even just decent) results when cutting hair. The difference between a perfectly sharp pair of scissors and ones that are just okay is obvious even if you’re a novice. The cut will require more effort, will be less precise, the edge shape won’t always look good, and so on.

So, you want to know how to DIY and sharpen your hair cutting scissors at home. How should you go about it? First, we should point out that the best option is to simply take your scissors to a professional. This isn’t the only option, but we’re just mentioning it as a good option. If you don’t want to bother sharpening your own scissors, professional scissor sharpening is a thing you can look for.

If you’re up to the task, though, here are several different methods you can try as well as some tips to help you get the best results.

How to sharpen hair scissors with a knife sharpener

We can talk about hair scissors all we want. We can describe the different types, shapes, and sizes available as well as the different materials they are made of and their uses. But at the end of the day, any pair of scissors is essentially just two weird knives attached with a screw. So it stands to reason that hair scissors can be sharpened with a knife sharpener. All you need to do is disassemble the scissors by unscrewing them. Then you sharpen each individual half separately. There are many different types of knife sharpeners but they are all pretty simple to use. Simply drag the cutting edge of the knife (or half of the dismantled scissors, in this case) carefully through the knife sharpener. Repeat 10 to 20 times or until it’s sharp. Then repeat the process with the other half of the scissors. Wipe both of them clean with a piece of cloth and reassemble the scissors.

How to sharpen hair scissors with sandpaper

Sandpaper is a very easy tool to use for sharpening your hair scissors. Just buy a strip of sandpaper at any hardware store, fold it so that rough sides face outwards, and cut through it with the scissors. Make sure to use the entire length of the scissors. The goal here is to sharpen them, not to just cut the sandpaper. Repeat the process about 10 to 20 times, wipe the scissors clean, and that should be it. 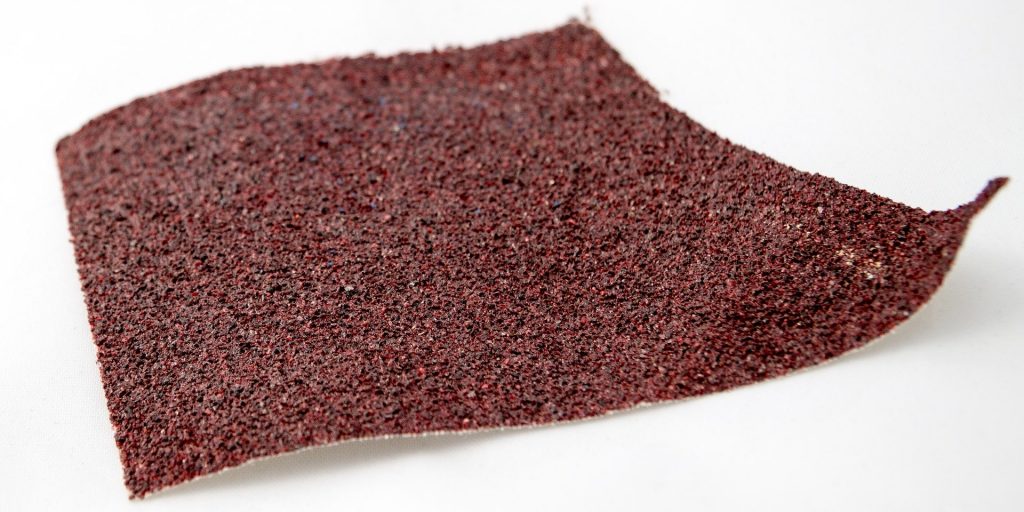 Most of the sandpaper you’ll find in hardware stores has 150–200 grit. This is fine for sharpening hair scissors. If your scissors are extra dull (which you should never let happen), then use coarser sandpaper with more significant grit instead.

How to sharpen hair scissors with aluminum foil

The process of sharpening your hair scissors with aluminum foil is exactly the same as with sandpaper. Just get a piece of aluminum foil and fold it several times. Keep in mind that the more times you fold it, the more effective it will be. Then start cutting through the folded foil with your scissors. As with the sandpaper, make sure to use the full length of the scissors so that the entire edge is sharpened. Repeat this 10 to 20 times before wiping the scissors clean. You should be able to see and feel the difference.

As with sandpaper, this is mostly meant for light sharpening of scissors that aren’t completely dull. These two methods are perfect for keeping your scissors in good shape. They aren’t ideal methods if you have a truly dull pair of scissors that you want to bring back to life.

How to sharpen hair scissors with a sharpening stone

A sharpening stone (also known as a whetstone) can be used just as effectively on hair cutting scissors as on any other cutting instrument. You can get a stone like this from most hardware stores. All you need to do is prep the stone by lubricating it with either water or honing oil. After that, disassemble the scissors and sharpen them separately, and carefully, using the sharpening stone. 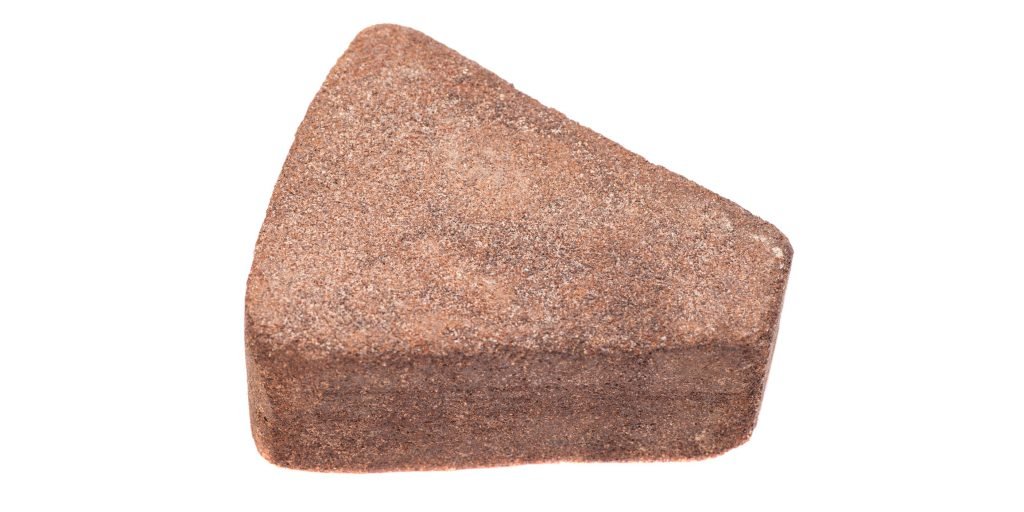 To do so, simply place the cutting edges of the scissors half on the whetstone and drag them up and down on the stone’s surface 10 to 20 times. If you’re unsure of whether you’re doing it right, practice on an old pair of garden or kitchen scissors first. You don’t want to damage your good hair scissors!

Once that’s done you can use the softer part of the whetstone to finely sharpen the edge of the scissors. You can also use sandpaper or aluminum foil to do that as well. After you’re finished, reassemble the scissors and remove some of the burrs from the edges by cutting paper. Then, wipe the scissors clean with a piece of cloth and you should be done.

How to sharpen hair scissors with professional sharpening tools

Last but not least, keep in mind that you can also look for some commercial sharpening tools, both online and in stores. These are available in various types, each with its own set of instructions. We’re only mentioning this so you’re aware that they are an option.